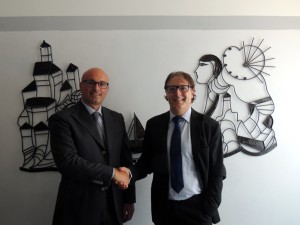 To date, the approximation of the laws of the various Member States, as well as operation mainly through the mechanism of the directives (sometimes referred to as “combined legislative procedure”), there is little more than a programmatic objective, given that there remain profound and perhaps unbridgeable (in the long term) structural differences in all areas, which typically result in a heavy impact on system efficiency in Europe as a whole with its complexity vastly superior to those that characterize the typically Anglo-Saxon legal culture. Hence the need to rely on a “team” of professionals accustomed to thinking with a European perspective and multidisciplinary experiences.

In recent years, however, the partnership between the Liguria and Emilian firms turned the spotlight on areas of common interest making their “core business” challenging and highly topical.  This relates to the areas of:

Briozzo-Quattrini has strong proven contacts with prestigious legal firms in Britain and France, the latter due to the fact that one of the firm’s offices is located on the border between Italy and France (Ligurian Riviera and the Côte d’Azur).

The firm has a young and dynamic professional multilingual team, consisting of highly experienced consultants, who bring vigor, passion and expertise to international contracts; contending with the often complex issues arising from the intersection of differing regulations between Italian, French, and English legal systems

Briozzo-Quattrini also has proven expertise in commercial and corporate issues of French-Italian law and Italian-English and is therefore able to assist both French and English clients who have economic interests in Italy and France as well as those wishing to invest or pursue economic initiatives in France, the Principality of Monaco or the United Kingdom.